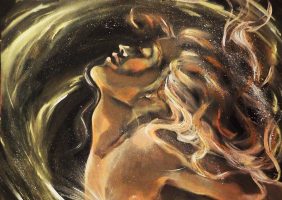 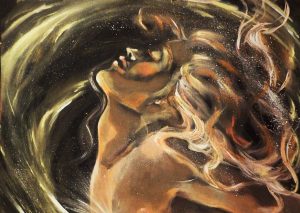 Aging is an extraordinary process where you become the person you always should have been. – David Bowie

“Once you hit 50, just kiss sex goodbye,” a well-meaning older woman told me last year, one who almost relished passing along what she believed to be true about the female body past a certain age.

“Getting old, eh?” someone asked with tongue-in-cheek when I tore a calf tendon earlier this year.

“Just chalk it up to getting old!” someone in the waiting room at the dentist quipped two weeks ago when I went in for a broken tooth with a 25-year-old filling.

At age 23, when I collapsed into what would be decades-long illness, I truly felt like a very old woman. I could not digest my food; my body hurt as if I had been thrown down a flight of stairs; and my bladder could not do what other 23-year-old bladders usually do. I couldn’t walk out to the end of the driveway to get the mail on most days, spent nights shivering in a cold sweat if I spent too much time talking on the phone and extended too much energy. Then, at age 47, I experienced a life-altering energetic healing that made me realize what “being young” must feel like to most people. I could run through the ferns behind our house, eat anything I wanted without gastric havoc, get up at 6 a.m. without pain, and bend down to pick something up off the floor without asking my husband for help. I also felt an intense unprecedented sexual awakening at a time when many other women my age were running on empty due to hormonal changes. Everything seemed backward… I started doing things I never even did during my heavy-burdened teens, including sitting on my studio floor with music in my ears and letting dinner take care of itself and having sleepovers with my best girlfriend. I ran outside topless to feel a vehement rainstorm drench my senses as thunder furiously shook the heavens. I stopped worrying about the future, analyzing the past, and abandoned all ambition. 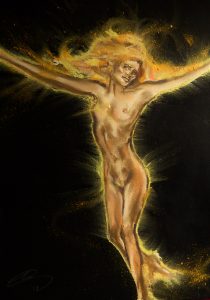 Of course, the Farts (oops, I mean Fates) realized that they hadn’t pulled the rug out from under me in a while and decided to give me a triple whammy. After the dust settled, I literally crawled out from beneath the rubble and looked myself in the eye and said, “Who are you kidding? You are a middle-aged, flabby-armed, graying hag who missed the bus a long time ago.” I schlepped my injured leg around like a pirate with a wooden stump and fell into endless loops of panic as I imagined myself as an old woman without kids or help. I shut down a flurry of beauty when I silently admired a gorgeous young man and realized he could have been my son. 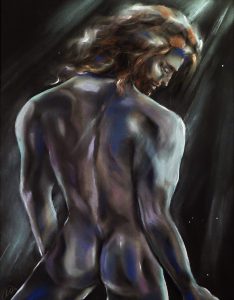 Yesterday, I sat on our stoop waiting for a friend to drop by when I noticed an injured hornet at my feet. Her left wing was missing and slow death surely awaited her. A half hour later, a man with an injured left foot hobbled to his car as he managed on crutches; we talked briefly about the weather as I realized how we all suffer here–human, insect, animal, old, young; it has nothing to do with numbers or decades. “Young lady, be happy!” the man suddenly announced before he closed his car door. A shiver went through me. He could have said, “Have a nice evening!” but instead, he said something that hit home, something out of the blue, something that had nothing to do with anything we talked about during those few seconds as he passed me on the way to his vehicle.

The wasp had her left wing torn off. The man had injured his left leg. My left arm was recently injured opening a sticky window. My left leg was injured in January. Somebody was trying to tell me something. And I listened. 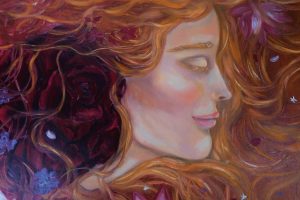 We all endure the trials of having a human body. We are all vulnerable–physically, emotionally, financially. We all struggle in the quicksand of change. As women, we are also bombarded with societal judgment, mostly, from each other; we are almost obligated to dry up, our juices sucked out from just getting through menopause or the day’s challenges. We are expected to slow down, chop our hair off, and waddle off into the next decade. But I–and I hope you, too–aren’t gonna fall for the illusion.

Age, when we feel it, is too often emotional exhaustion.  Or peer pressure to feel as miserable as the person next to us. That poor wasp taught me a lot–and that man who was not much older than me. I took this past year and all of its emotionally-exhausting agony and firmly but gently stomped it out of my psyche as I spared the struggling insect from further suffering beneath my sandal.

Yes, I am on the cusp of 50. Five decades of living, breathing, creating, surviving, loving, and learning. And I feel younger than I ever have, as my womb prepares for another season of blooming after the harvest. I stand on the precipice of becoming my full self. I am swelling with Truth and ripening with deep Desire, deeper than my younger self ever could have experienced in her dreamy but  feeling-not-good-enough days. My hair waves down my back, laced with starlight. I owe that 23-year-old decrepit old woman I once was a beautiful, vibrant, juicy, overflowing, orgasmic life. 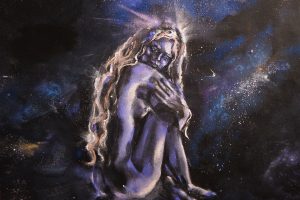 And we all owe our best lives to each other; to be mirrors of luscious vitality, to be an example of true fruition and deep  sustenance, to embody the seasons of the orchard–and the reality that harvests come in many forms, in the delicious sway of our hips as we dance to the hours and let our hair come in like moonlight. We are lifted by the hands of Beauty as we make our entrance after the illusion of youth burns to ash. It is our time! Let’s not waste time fearing that we are running out of time. We are only beginning… 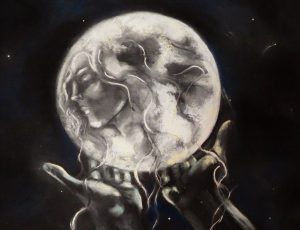 Marlaina Donato is an author, visionary painter, and composer. Connect at: www.MarlainaDonato.com 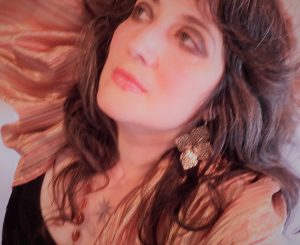 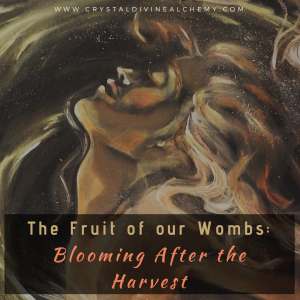 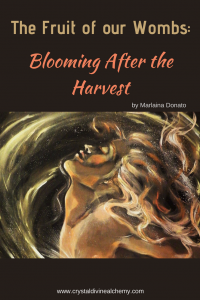