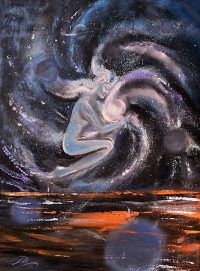 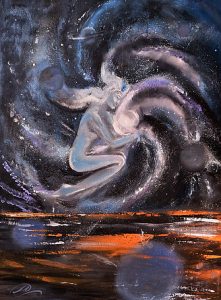 When I was four years old, my parents and I visited an ashram to hear a renowned guru speak. I vividly remember the meeting hall, over a hundred people in attendance, and the color of the swami’s robes, the same shade of orange as the marigolds in Mama’s flower boxes at home. I also remember what happened in the foyer as we waited for the doors to open, the moment Baba walked in with his translator and how everyone in attendance dropped prostrate on the floor…except my parents. Out of sheer four-year-old playfulness and enamored with imitation, I thought I’d do the same thing, but before I could touch the floor, both my parents put a gentle finger on my shoulder and shook their heads. You could hear a pin drop as Baba and his companion locked eyes with the three of us. I swallowed hard. I was a young child, but something inside of me understood that my parents had somehow broken an unspoken rule. I could feel fear putting a match to my cheeks as I saw the guru walking over to us and curious heads lifting up to see what was happening. And then something amazing happened: Baba broke into a smile and then his translator told us that the swami welcomed us and hoped to see us inside the hall.

Afterward, a throng of people rushed us like paparazzi wanting to know what he had said to us and one after the other, devotees exclaiming, “He NEVER does that!” Disbelief and envious disdain flickered across a sea of faces looming above me.

Once inside, Baba asked the children to come up to him for a blessing. He sat on the floor in front of a great altar of gifts given to him by his followers, and slowly, he cued each of the young ones to leave the line and approach him. Each child knelt, nose to the floor, and Baba gently tapped his/her head with a long, feathered rod and then handed out a piece of candy. My heart fluttered in my chest as my turn came up, and I remember bowing fully, nose to the carpet, shyness making me wish that I could just turn around and forget about this guru business. When I looked up, Baba smiled and called me forward with his index finger. I paused. Someone to my right nodded at me with encouragement. I took a few cautious steps. When I approached him, his dark eyes shone with a quiet, joyful fire and his smile persisted. I expected a piece of candy, but he didn’t dip into the bowl of gumdrops. Instead, he turned to pick up something—a piece of gemstone and upon it, a small metallic scorpion—a gift left for him by one of his many admirers. His eyes locked me in when he placed it in my upturned palms; his gaze had reached down to my bones. I also heard audible inhalations from onlookers behind me that led me to believe that the swami did not do this sort of thing too often, either. 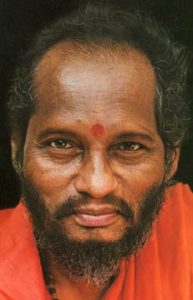 I kept that precious, rare gift on my little prayer altar for decades, even after we had heard of internal troubles at the ashram and I understood as an adult, that Baba had a fall from grace. The overwhelming evidence against him and accusations were too numerous and consistent to ignore, but I decided to separate the terrible events from the precious gift given to me all those years before. I also learned that in Indian culture, a scorpion with a raised tail ready to strike was a symbol of great protection and a guru’s intense glance is called “darshan” which can mean an energy transference. I have often wondered if my sudden psychic awakening that happened shortly after meeting Baba was also his gift or pure coincidence. Whatever the reason behind his out-of-character gift to a child, I have always tried to pinpoint what he had seen in me–and tried to live up to it. 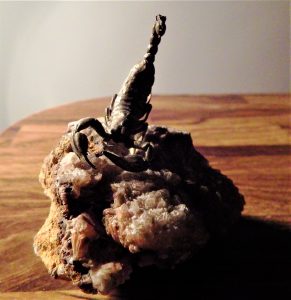 Looking back over my life, I realize how I needed that blessing of protection—and my parents’ example that day. They were strong, fiercely individual people who bowed to no man—guru or not—and their actions were not born of arrogance, defiance, or their lack of loyalty to a specific, single spiritual path, but a gentle belief in owning our souls, in listening to our own inner voice, and handing our power over to no one. And that very quality was what Baba had seen in my mother and father and respected them for it, so much so, that he stepped out of his own habitual protocol to not speak to devotees directly. 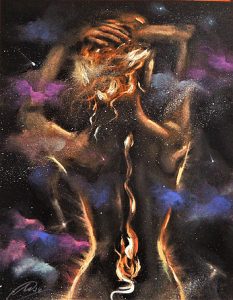 The path of ascension is the path we all take at some point—and continue to take infinitum—and that path is strewn with boulders. Boulders of fear, ego, weakness, and doubt. Even enlightened individuals fall prey to the fairy glamor of the lower self. My parents were not surprised to hear of Baba’s “fall from grace” because they understood human weakness. It is the very reason they did not believe in bowing to anyone. They believed in learning, growing, gleaning wisdom, but never idolatry. At 49 years old, I have seen metaphysical movements change, flame out, be exposed, morph to fit political climates, and spring up from old ones. Very few have maintained credibility. It is why I follow my own path, my own star, the guru and the cosmos within. I have taken sustenance along the way when it has resonated with my hunger to know, to ascend, and I have also rejected what I felt to be poisonous spiritual fare. 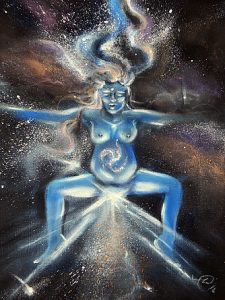 As we ascend, every cell of our bodies and every wound in our psyches must change frequency; intense, internal energy shifts can catapult us forward and upward but everything inside of us that is of lower frequency will seek to match this acceleration. Setbacks in health, sudden injuries, unexplained depression, physical symptoms of being off balance such as dizziness or headaches, and a “fall from grace” are inevitable and a sign that our beings are on the right path. Periods of crippling darkness can follow ecstasy and clarity, much like St. John’s “Dark Night of the Soul” and we desperately try to recapture the bliss and the progress, but we remain stuck until those unhealed places deep within consciousness are cleansed and raise their frequency. 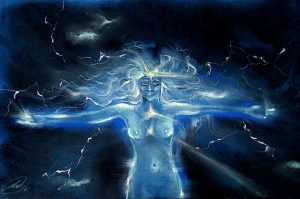 After a while, energy shifts do not create polar extremes and fluctuations are not as significant, and ascension becomes equilibrium we must maintain. Even adepts must fiercely protect their inner resources and their connection to Source; we are in a realm of frequency that tears down, opposes, and challenges the strongest roots and the strongest selves. It us our spiritual duty to make our ascension our utmost priority, above all else. This doesn’t mean that having ambition is the key… Spiritual ambition is a sure way to trip over one boulder after another. Pure spiritual longing to know God inside of us is our ally, the kind that does not set goals or place us on a treadmill to gain power—or powers. The quest for enlightenment itself can be the greatest pitfall as we ascend, a surefire trap.

We all have seen prominent spiritual leaders of all religions fall from grace, but when we see the big picture and understand the complex layers of ascension, we can choose to keep what is valuable. As our souls expand, our truths may change—until we realize that we ourselves are vessels of the ultimate truth. And the beautiful part is that we have eternity to access it! Be free!

Marlaina Donato is the author of several books including Naked Soul (Llewellyn Worldwide, 1998 as Marlene Marie Druhan), Goddess Consciousness: Women’s Mysticism and Sacred Arts, and Spiritual Famine in the Age of Plenty. She is also a visionary artist. Visit her website at: www.MarlainaDonato.com 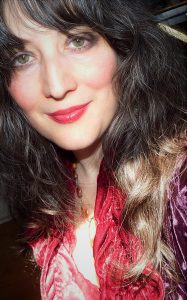 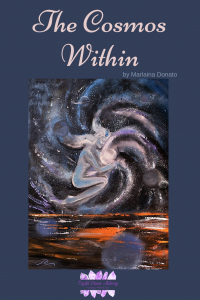