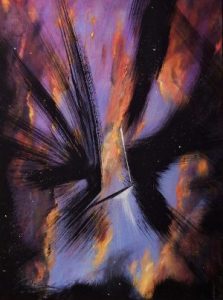 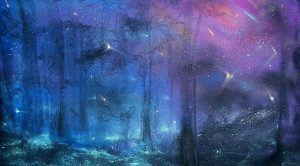 We live in a world where consciousness is theorized to be a product of brain activity and once the brain is dead, so, too, are we. Religions and spiritual philosophies through the ages speak of the soul–that vital spark deep within the flesh that survives physical death. Those who have come back from clinical  flatlining have tales to tell, of worlds beyond this one, of a journey into light and reunion with those who passed on sometimes years and generations before.

Seeing consciousness independent of the flesh was something that was part of everyday conversation in my home growing up. Raised Catholic, my mother Winnie found her spiritual calling in her late 20s when she had a series of unexpected, profound mystical experiences that led to even more profound  tools for self-healing. One morning, a couple of years later, she was getting dressed for work and about to step into the shoes by the bed when she happened to glance at the clock; it was hours before she needed to get up and when she looked at the time, saw her physical self lying on the bed. Startled, she wondered if she was dead. She felt weightless, lighter than ether, impervious to gravity. She was wearing the same clothing she had gone to bed with. She looked back again at the physical Winnie, and a deep calm came over her because she realized that she was very much alive but separate from the physical self, fully conscious, razor-sharp in thought. And the moment she analyzed it too much, boom! She slammed back into her everyday body. 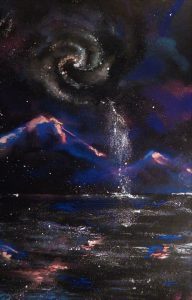 Mama had many more experiences out of body, and she never feared death again. Some were spontaneous and others were at conscious will. It became commonplace on her workdays to slip halfway out of body to check the time before the alarm went off.  And then her journeys expanded to cathedral ceilings somewhere in Europe where she would press her soul against the massive domes, her fingers tracing the luminous angels and figures painted centuries before. Other times she found herself in strange, exquisite worlds where the ether was the color of splintered topaz and orchards dripped with succulent fruit. One time she came upon a roofless, circular structure where four musicians played familiar stringed instruments, but their music brought her to her knees from spellbinding, hypnotic beauty. They could not see her, but she remained, taking the music into her soul. She never forgot any of her journeys, and years later, could remember vivid details, long after stress and the burdens of life weighed so heavily upon her that she lost the ability. When I was 10, she had taken a nap, and the heel of my shoe accidently snagged the floor molding in the doorway, and she sat up startled and frustrated… Unbeknownst to me, she had slipped out of her body for the first time in years, but the brief noise had slammed her back into density. It would be the last time she would have an OBE.

Through the years, I would meditate, deep breathe, and visualize, but I failed to follow in my mother’s footsteps. She told me that some people have the gift and others have different gifts, but I continued to try until age 14, to no avail. I gave up on my quest, but during my 15th year, my second sight opened profoundly, literally overnight. The veil between worlds lifted, and there was nothing to prepare me for it–nothing in my parents’ vast metaphysical library, my mother’s stories of her mystical abilities, or the mediums I was exposed to at the spiritualist church we frequented. It was nothing I could have expected or fathomed; there were no dramatic Hollywood happenings, no floating wisps of spirits, or weirdness. It was simple, effortless, and like any other part of my every day life, save for the fact that my existence would forever be changed.

Nightly, a dark-haired woman named Judy would perch on the end of my bed and speak to me in a way that was both fiery and gentle, and she would teach me how to go into myself, how to open the sight between my brows even further–like a window–and choose a place anywhere in the world or next door. I started close to home, the place where my parents worked two houses down. Then I tried it during the day, and like watching a movie screen, I saw my father get out of the car and throw something away in the garbage can near the door in the garage. I wrote down every detail, including the time. When I saw my Dad that evening, I asked him what he was doing at that time in the afternoon, and he proceeded to tell me that he arrived home from the city a few hours early and cleaned out the car. “Why?” he asked me, and I told him of my remote viewing session. A look of both shock and pride lit up his face and then we talked about the days when I was little and we’d read books on mind power and try to move the salt and pepper shakers after the dinner table was cleared.

One night I had the house to myself, and I “tuned” in to my usual place of interest–a town in California, this time, Santa Monica. I saw a residential street, the pavement wet after the rain, the sun popping through gray clouds before it dipped low on the horizon. I could smell the ozone in the air, in my nostrils and then BAM! I realized I was standing in the middle of the road and a car had gone clear through my body. I was in California–not viewing it but there! I literally did a dance and the moment joy overtook me and I realized what was happening, I felt my consciousness narrow, as if squeezing through a narrow funnel, and I was back home in our dark living room. My body jolted against the couch. I cried from both frustration and happiness.

During boring study hall sessions in high school, I’d close my eyes and throw my consciousness somewhere else, my soul following. I’d slip back just when the bell rang and gather my books. It was a way of life, as normal as breathing, and I told few people, certainly none of my friends. I’d travel somewhere–anywhere–Maine–and then check the weather reports. One time, the area I had projected to an area that had a good snowfall, but I could not verify it with the available weather reports (this was back in the 80s). A few days later, an acquaintance dropped by and mentioned coming back through Maine after visiting Canada and the “awful snowstorm that came out of nowhere!” I smiled and kept quiet. During dinner with friends, we all spoke about their recent vacation, and I joined in the conversation about the straw markets. “Oh, when did you go to Nassau?” they asked me with an excited flicker of shared experience. “Um, last night!” I wanted to say, but of course, didn’t, and settled for the excuse that I was an avid reader of travel books. 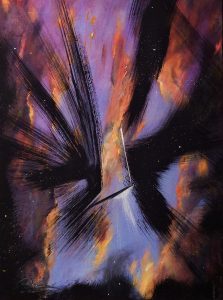 When I was 16, my parents took me to the Association of Research and Enlightenment, the Edgar Cayce Foundation in Virginia Beach, VA. Reluctantly, I agreed to have a sit-down with Cayce’s grandson, Charles Thomas, and he asked me questions about my ability. He gave me his personal phone number and asked me to call him, daily, if I wanted to, and report my travels. It was the highest honor imaginable, but my 16-year-old self was more interested in the poetry section of their vast library. I nodded graciously.

I never did call Mr. Cayce because it felt too personal, too sacred, to tell anyone except my mother or my journal. Eleven years later, after teaching workshops  and tired of answering questions from would-be travelers, I wrote a book about my experiences and my understanding of what I had witnessed.  My then 28-year-old self stayed awake at night wondering what “everyone would think?” and chose a pen name to avoid the fallout, but right before it went to press, I told my publisher that I wanted to go with my given name. As the book was published by the largest metaphysical publisher in the Western Hemisphere and released in every English-speaking country, I took a deep breath and stood firmly in gratitude rather than fear, and I never looked back.

“How do you know you are not hallucinating or daydreaming?” someone asked me with genuine curiosity at a Waldenbooks book signing.

“Hallucinations or dreams do not change a person,” I answered honestly, and that made them re-think everything. It’s what I wanted most–to change someone’s way of thinking, even for a moment, to have them stop and see a different angle, not to convince. I simply did not need to. 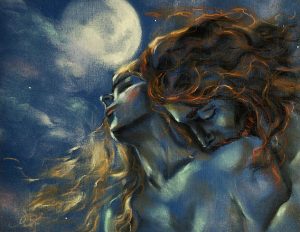 Today, walking between worlds is still part of my everyday life, something that feels as normal as going to work, eating, or getting dressed. It is still a very private, sacred thing, something I will only take out onto the table when I am in kindred company. After many years of tucking this part of my life into the corners, I feel a beautiful freedom to speak of such things again. After all, consciousness is something all beings share, the only thing we truly possess as our own, for infinitum. What a glorious common ground and what staggering possibility! If my words do not disclose the worlds I touch, my art surely tells the story, and for this medium, I am deeply grateful. We are all travelers, travelling through to somewhere else. We all sup at this table called infinity; each of us is capable of reaching into the heavens and grabbing handfuls of eternity. We only have to remember that consciousness is a series of endless connecting doors, and it is our spiritual duty to discover our wings. Be free!

Marlaina Donato is the author of several books in the genres of Body-Mind-Spirit, Holistic Health, Fiction, and Poetry. Learn more about her books and peruse her visionary art at: www.MarlainaDonato.com 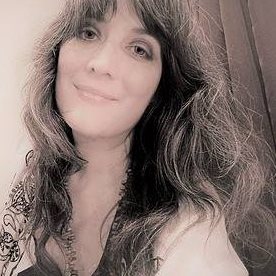 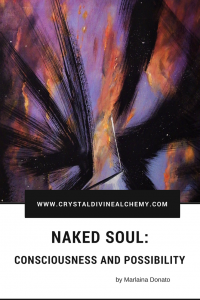 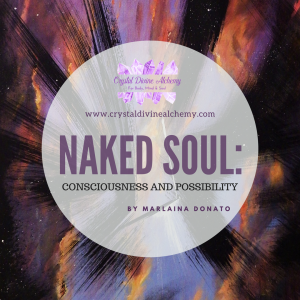