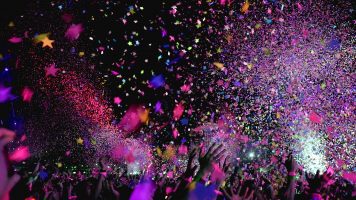 I have been hearing about the ‘event’ for years now in the spiritual community.
People are waiting for an ‘event’ to occur, and the ones that are looking for followers or that have a less positive agenda (to say the least) mislead the people by using this information for their own benefit. One of the ways these self-entitled “gurus” manipulate people is by given true information out of context or through fear. 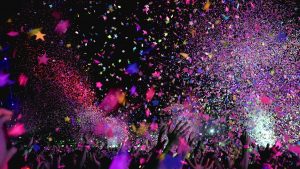 In 2012 an event occurred, there was a massive awakening of people. Those people made the decision to align with who they really are, whatever that meant at the time… Yes, because when we first wake up we feel a little lost, we have no idea who to trust so we flock to the “gurus” out there that are spreading the spiritual messages, trouble is that many of those “gurus” use the 80-20% rule, some even less. They tell you 80% of truth (so you can resonate on a gut level) and then they “sell ” you the other 20% they want you to believe, so you buy into their realities. Because what we believe is what we manifest… Careful with who’s reality you are crystallizing. This is a dangerous game, so make sure you listen to everyone but follow no one other than your own inner guidance. Learn to take only what serves you and leave the rest.
This is a journey and we need to find our own path. The reason we resonate with the 80% is that we are remembering as the veil of forgetfulness lifts.

Now, if you were on that batch of 2012 (or in the previous ones…) you might remember how much fear some were trying to “sell” you with yet another end of the world just because the Mayan only left us with a calendar that didn’t go any further than 2012…
That awakening was an “event”.

After that, I kept hearing about an event but could never find any of those sources telling exactly what the event was. The event was something abstract, subjective and always later, somewhere in a future time…
Let me tell you what I heard from them. Some said that the event was when people were marching the streets demanding change… In my opinion, this is quite dangerous because it is an excuse for the so-called authorities to use violence to keep the ‘order’… Give them excuses, they will take it. After all the beings that have been in control of this planet for so long feed on suffering, negativity and control, and yes, they are the same who control the so-called authorities.

Others said that the event is when the spaceships come to get you, to rescue you… My friends, let me tell you that there are many aliens out there that would love you to get into their spaceships… Now, the question is, where would they take you? Do you ever think about this?
You are needed here, on planet Earth. You are here for a reason… Yes, many of us struggle with this, but it is what is it.

I am not denying that contact with our star families and other galactic beings exist, but it already did and it’s nothing new, we don’t need an event for that. Many of us are already and have always been in contact with galactic beings, some just don’t remember because that contact occurs in our dream state. For others, it occurs in the awake state, and even here the contact can take many different forms depending on our agreements, level of consciousness, implants, psychic gifts, lessons, blockages so on and so forward.

The “event” is that nowadays we can talk about this more openly, we have less risk of being called crazy and to be burnt at the stake.

Are you desperate for contact? I can tell you from my own personal experience that not all kind of contact is good, there are some really nasty beings out there, and that is one of the reasons that you also don’t want to live in denial.

I was living in a bubble of love and light, doing my grounding and protection meditation first thing in the morning but that was not enough. As I was expanding my psychic gifts, back in 2015, I suffered a massive psychic attack where I was tortured physically, mentally, emotionally and spiritually. Everything took place on an energetic level but I can tell you that the pain was very real, the physical pain was as real as if someone was doing it in person. I could not escape from my own body, I was being kept a slave in my own body and I had no idea how to protect myself.

At that time many beings contacted me telepathically,  at some point I had very lower conscious beings dumping their crap on me and telling me really ugly things… real psychic bullies! I was lied to. I was deceived. Some pretend to be other beings and I can tell you that they were great actors!
My journey is still unfolding and this space is not the proper place for me to talk about it. This space is meant to give you the tools to empower you.

So, you don’t want just any kind of contact. Be aware of the energies that try to attach to you. Learn to protect yourself. Use discernment. Ask questions. Are the beings contacting you really empowering you or just keeping you in illusion in order to use you?

We have a mission. The way I see it, we are here to heal ourselves, to transmute all old and negative patterns at an individual level and to become sovereign. As we do so, we contribute to the collective healing and create or co-create a new and better reality that is for the greatest good of all.

If you are expecting an ‘event’ that comes from outside of you, you are still giving your power away. 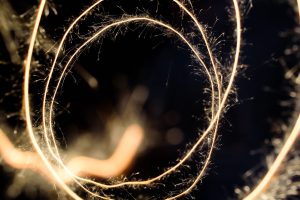 This is the way I perceive the ‘event’:
First, we “wake up” to know that we are more than our bodies and that there are more than meets the eye. We accept fully that we are spiritual beings having a human experience.
Then we also recognise that even though we all brought lessons to learn in this school planet, there has been so much manipulation that we need to hear everything with a grain of salt.
After that, we need to understand that we are programmable and that we were programmed at a DNA level from our ancestor’s patterns, our parent’s beliefs, by the rules of society that also contributed to putting us in a mould so we would fit in. It also helps to know that all those programs run on the subconscious mind and in automatic mode.
That is when we start the deprogramming and healing of all wounds stored in our physical, mental, emotional and spiritual bodies.

As we heal the mental and emotional wounds by doing our shadow work, detox our physical body and release things that no longer serve us we become less dense, we raise our vibration making it possible to manifest faster and to access higher dimensions easier. As we become empowered we become more and more sovereign. That’s when we begin to create and co-create new realities. So don’t give your power away. The “event” is every now moment that you choose to take responsibility for your journey.
If we get stuck in something is because there is a lesson we need to learn, and some are really tough requiring a lot of inner work, awareness, clarity, understanding, self-love and forgiveness.

It’s obvious that the veil is thinner now as we go through the separations of densities, and the more people awake and not being manipulated the thinner the veil is. As it is also obvious that as we create a new reality the old one has to collapse, acknowledge it but don’t give it too much attention. Invest all your energy creating the new.

Another massive awakening is due in 2018, so that means another ‘event’… Please stop giving your power away to people that do not have your best interest at heart… And remember all aliens, star family, galactic beings or whatever you want to call them, have their own agendas. Make sure that you are aligned with the agenda of healing, abundance and sovereignty to all.

Much love, forgiveness, and discernment are needed at all moments in this journey. 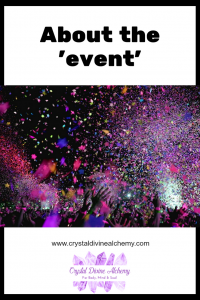